CBSE datesheet for Class 10, 12 exams to be announced 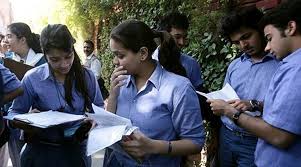 CBSE datesheet for Class 10, 12 exams to be announced on Monday

The Central Board of Secondary Education will announce the date sheet for the examinations to the remaining papers for Class 10 and Class 12 on Monday, HRD Minister Ramesh Pokhriyal Nishank said here on Saturday.

‘CBSE is taking into consideration some additional technical aspects before finalising the date sheet. Now, the date sheet will be announced on May 18, 2020, Monday,’ the HRD Minister said.

Nishank had earlier announced that the datesheet will be announced at 5:00 p.m. on Saturday amid reports of fake CBSE date sheets doing the rounds.

Earlier, the CBSE had announced that it would hold the examinations for the pending subjects for Class 10 and 12 between July 1 and July 15.

Among the subjects for which exams for Class 12 are set to be conducted across India are Business Studies, Geography, Computer Science (old and new), Hindi (elective and core), Home Science, Sociology Information Practice (old and new), Information Technology and Biotechnology.