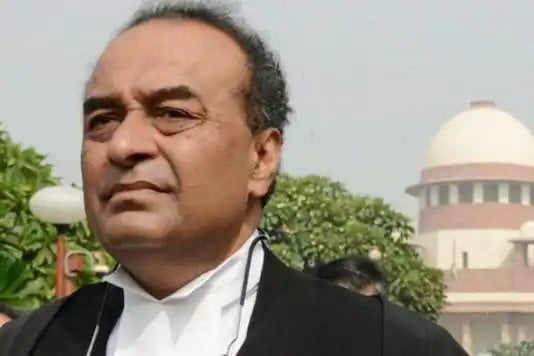 The Supreme Court “lost its way” while cancelling all allocations of coal blocks, 2G spectrum licences and iron ore mining in Karnataka and Goa and its zeal to protect the environment dealt a serious blow to the country’s economy, former Attorney General Mukul Rohatgi said on Saturday.

Referring to the taking over of the power to appoint judges in higher judiciary by the CJI-led collegium, he also said the Supreme Court should “graciously give up its right to be the sole body to appoint the judges”.

Rohatgi, who was appointed the Attorney General for India by the NDA government on June 19, 2014 and remained so till June 18, 2017, made the remarks while delivering the Prof N R Madhava Menon memorial lecture on the subject of ‘Journey of the Supreme Court from 1950 till now’.
The judgements on coal block and 2G spectrum allocations and cancellation of iron or mining licences in Karnataka and Goa were delivered during the previous UPA regime and had played a big role in anti-corruption movements in the country against the then government.

Speaking on the current practice of holding hearings via video conferencing during the health crisis caused by coronavirus, Rohatgi said that there are some issues with the technical aspect of the system but it can be improved and built on and can help build the Bar also.

He expressed happiness over the apex court’s decision to ensure that more benches will hear cases in the coming days.

While talking about the major judgments delivered by the apex court since independence, Rohatgi said, “In its zeal to uphold the environment, in its zeal to correct government orders and inactions, the Supreme Court dealt a serious blow to the economy of the nation. One such example is cancelling all allocations of the coal mines across the country.

“Lakhs and crores of foreign investments, lakhs and crores of equipment, infrastructure and lakhs of jobs were thrown overboard when the court set aside and cancelled all the allocations of coal blocks and coal mines, because the government did not follow the law correctly. It should have seen the economic impact.”

He added that the “same thing happened in the 2G case. There was a great loss to the country. Cancelling iron ore mines in Goa and Karnataka is yet another case of such kind. The court should have seen the economic impact before rendering such judgments. The Supreme Court lost its way”.

Expressing his displeasure over the way judges in the Supreme Court as well as high courts are appointed, he said under the Constitution, they have to be appointed by the President of India, “which means government of the day since the President is guided by the will of the government”.

“But unfortunately, by a judgement delivered recently (NJAC judgment), the court has not gone on with this principle that the government will appoint the judges and that it will consult the Chief Justice.

He further added, “The Supreme Court should graciously give up its right to be the sole body to appoint the judges. In no country, judges solely appoint themselves. There should be fresh blood, fresh insight, fresh views so as to find out who are the good judges.”

According to him, the appointments in the Supreme Court should be on merit where seniority might play a part but not that their seniority will outweigh merits.

“In the last 20 years mostly only chief justices of the high courts are appointed to the Supreme Court only because of the seniority and very few judges go according to merit and merit alone,” he said.

He further said that to reduce pendency of the cases, the Supreme Court must have time management. It must not allow the arguments to go on for days as is the current system. Lawyers also must understand this as they are primarily guilty.

“Artificial intelligence must also be used to club all kinds of cases together so one case can decide the fate of thousand others,” he added.

While talking about the journey of the Supreme Court since independence, Rohatgi said that the decade of 70s was the “stormiest and most turbulent decade for the country and also for the Constitution and the Supreme Court”.

He mentioned about various important cases passed since independence, including the ADM Jabalpur case, Kesavananda Bharati case and Goloknath case.

Referring to the imposition of emergency, Rohatgi said that senior judges were superseded and junior ones were made CJIs.

The event was organised by Akhil Bharatiya Adhivakta Parishad, a lawyers organisation related to the RSS.

Dubbed as the father of modern Indian legal education, Menon passed away in May 2019 at the age of 84. He was credited for revolutionising the field of legal education by establishing national law schools.