Skip to content
Home
Health
Which diapers are better Cloth or Disposable?

There are pros and cons to both cloth and disposable diapers, and ultimately the best decision for your family will depend on your individual circumstances. Consider your budget, your lifestyle, and your baby’s needs when making your decision.

Cloth diapers are reusable, which means they’re more environmentally friendly and can be more economical in the long run. They also tend to be more comfortable for babies, as they don’t contain harsh chemicals. However, cloth diapers can be more work for parents, as they require regular washing and upkeep. 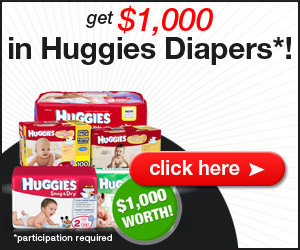 If you’re like most parents, you want to do what’s best for your baby. That includes finding the perfect diapering solution. With so many choices on the market, it can be hard to decide which route to go. Cloth diapers are becoming increasingly popular, but are they right for your family? In this article, we’ll take a detailed look at cloth diapers, their pros and cons, and how to decide if they’re right for you and your baby.

What are cloth diapers?

There are many benefits to using cloth diapers, including:

On average, you can expect to spend $2,000-$3,000 on disposable diapers for one child. In contrast, you can cloth diaper one child for as little as $500. Even if you opt for the more expensive cloth diapering options, you’ll still save a significant amount of money over the long run.

Diaper rash is a common problem for babies, but it’s less common among babies who wear cloth diapers. This is because cloth diapers allow the skin to breathe, while disposable diapers can trap moisture and irritate the skin.

Disposable diapers create a lot of waste. In fact, they’re the third-largest consumer product in landfills. Each year, disposable diapers account for 3.4 million tons of waste in the U.S. alone. Cloth diapers, on the other hand, can be reused multiple times, which reduces their environmental impact.

Disposable diapers contain a variety of chemicals, including dioxins, phthalates, and volatile organic compounds (VOCs). These chemicals can be absorbed by the skin and have been linked to health problems, such as cancer and reproductive issues. Cloth diapers, on the other hand, are free of these harmful chemicals.

Gone are the days of plain white cloth diapers. These days, you can find cloth diapers in a variety of colors, patterns, and styles. You can even find designer cloth diapers that coordinate with your child’s outfit.

The pros of using Cloth Diapers:

1. They’re Better for the Environment

5. They Can Be Easier to Use Than Disposables

The cons of using Cloth Diapers:

2. They Can Be Less Convenient Than Disposables

3. They May Not Be as Effective at Preventing Leaks

4. They Can Be More Difficult to Use Than Disposables

What are Disposable diapers?

If you are a parent of a young child, chances are you have used disposable diapers at some point. These diapers are a convenient option for many parents, as they are easy to use and can be disposed of after use. However, there are some drawbacks to using disposable diapers that you should be aware of before making a decision about which type of diaper to use for your child.

There are many pros and cons to using disposable diapers. Some parents find that the convenience and ease of use of disposables outweigh the cons, while others prefer to use cloth diapers for a variety of reasons.

The pros of using disposable diapers include:

The cons of using disposable diapers include:

Another concern about disposable diapers is that they are not biodegradable. This means that they will sit in landfills for years, taking up space and potentially harming the environment. If you are concerned about the environment, you may want to consider using cloth diapers instead of disposable ones.

Overall, disposable diapers are a convenient option for many parents. However, there are some things to keep in mind before making a decision about which type of diaper to use for your child.

My Personal Choice is Disposable Diapers you can choose according to your convenience, Let me know in the comments below which is your choice.